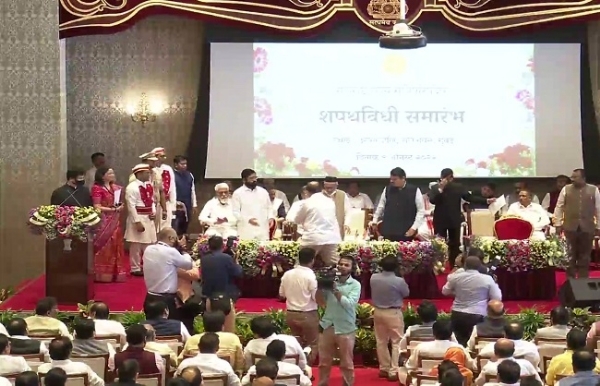 Mumbai . The Shinde government has done the first cabinet expansion in Maharashtra on Tuesday. A total of 18 ministers have been included in the government, of which the Bharatiya Janata Party (BJP) and the Shinde faction have 9 MLAs each. In this way, today a total of 18 MLAs have taken oath as ministers in the Durbar Hall of Raj Bhavan. Governor Bhagat Singh Koshyari administered the oath of office and secrecy to all of them.

PM congratulates those who took oath as ministers in Maharashtra government

Previous ArticleChina Spy Ship: Despite warnings, China’s ‘spy ship’ is moving towards Sri Lanka, India protested
Next Article Rajasthan News: Section 144 imposed in this city of Rajasthan, order will not apply to them