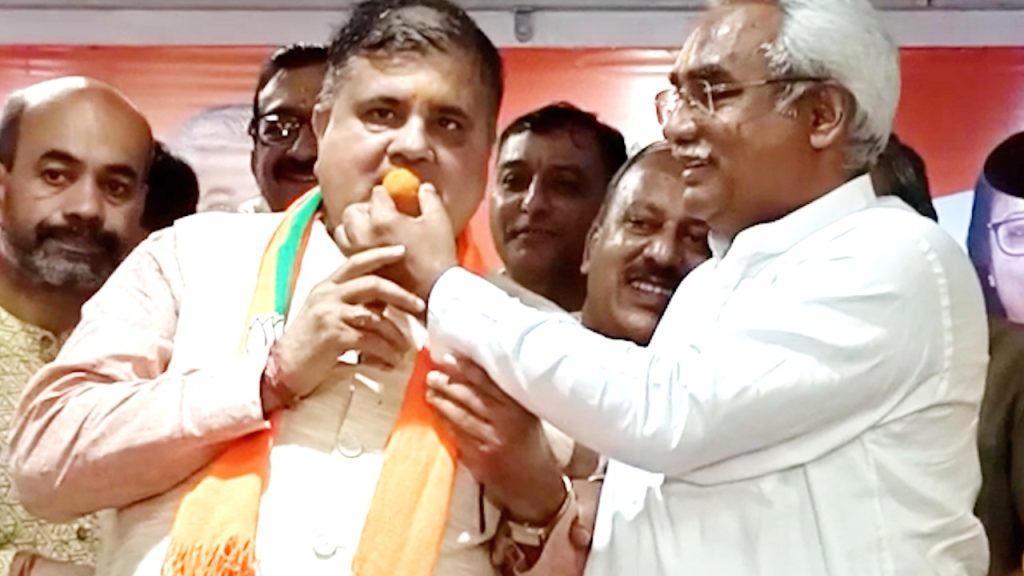 o Will keep an eye on upcoming civic elections and Panchayat elections in Haridwar
o Challenge to win all 5 seats from 2024 Lok Sabha elections
o According to sources, Madan Kaushik may get a place in Dhami’s cabinet
o Big changes can be seen at the organization level, party camp and the challenge of handling the dissatisfied

Ajay Nautiyal, (Dainik Bhaskar)
Dehradun. BJP has announced the new president of Uttarakhand BJP. With this, former MLA Mahendra Bhatt was crowned and the farewell of the former president from the post of state president was fixed.

However, the challenges for Mahendra Bhatt will not be less in the coming times. While on the one hand, he will be challenged with the change in the organisation, the camp and the dissidents in the party, on the other hand his emphasis will be on winning the upcoming civic elections and panchayat elections in Haridwar.

According to sources, Madan Kaushik may get a place in the Dhami cabinet or he may be given a green signal by the party high command to contest the Haridwar Lok Sabha elections.

He said that there are definitely challenges, but he will go among the people with the leadership of Chief Minister Dhami and the welfare policies of Prime Minister Modi. The way BJP has formed the government again in Uttarakhand, breaking all the myths, in the same way we will win all the seats in the 2024 Lok Sabha elections. Before that, we will get a landslide victory in the civic elections, panchayat elections in Haridwar as well.

On this occasion, former state president Madan Kaushik handed over the charge of the organization to the new state president and all the workers and office bearers congratulated him.

Policemen clashed over distribution of bribe, caught each other’s collar in public